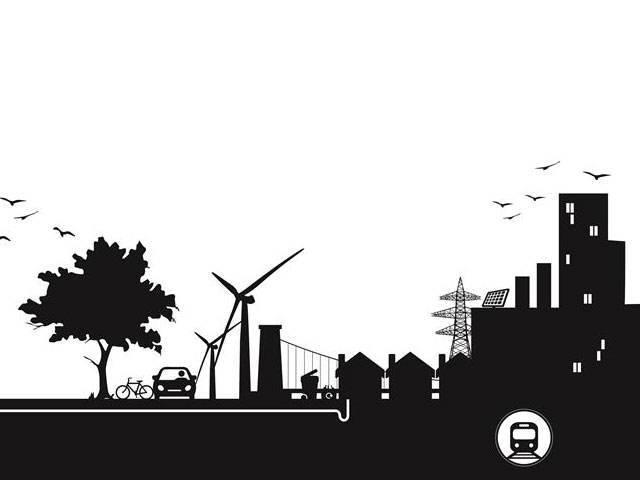 Copper’s chairman, Claire Gordon, reflects on the findings of our recent report on attitudes to infrastructure in Great Britain.

The public’s published views on infrastructure are largely restricted to those relating to the impacts of specific projects, in particular how the construction of projects affects communities and individuals. This naturally serves to perpetuate publicity for infrastructure about people’s negative perceptions. Yet the broader picture is that people want new infrastructure and there is much enthusiasm for it.

Our report, launched in December 2015, ‘Independent survey of attitudes to infrastructure in Great Britain’, shows there is overwhelming support for investment in infrastructure. Over 87% want investment in energy, housing, transport, waste management and flood defences, with 42% seeing this as being a priority to boost the economy. But, the report also reveals that only 6% believe there is a “very well co-ordinated” infrastructure plan. People are calling for more leadership and engagement to understand how decisions are made and how they can be part of the process.

There has never been a clearer case for improving communications in this sector. Communicating a clear, co-ordinated national need case for infrastructure and engaging us, the public, earlier in the planning process would significantly enhance our understanding of each project and its wider benefits.

In turn, this would create an environment of greater acceptance and positivity around the engineering challenges we face to maintain and develop our country’s infrastructure. A growing surge of public support would encourage efficient consents and provide more certainty around investment and delivery. Importantly, it would also allow sufficient space to spend time with people who may be genuinely affected by new infrastructure, enabling communities and project teams to co-design more meaningful mitigation.

What’s happening now?
In the context of the National Infrastructure Plan (NIP), the current scenario is that those consulting with stakeholders on a major project are required each time, at great expense, to communicate a national story and broader need case, from each client’s perspective. Logic concludes that this is happening now across the country in the context of many different Nationally Significant Infrastructure Projects (NSIPs). And the story is being told differently each time. This is inefficient and means that the consultation and engagement phase of planning is taking longer and costing more than it should. It is also causing uncertainty and a lack of public and stakeholder trust, which can affect investment decisions.

Lord Adonis provided the foreword for our report and commented. “One of the major challenges that infrastructure providers continue to face in the UK is public acceptability and understanding of the need for investment in infrastructure. The case for specific infrastructure investments can often divide public opinion. Attempts to articulate the need and benefits are generally left to individual projects or promoters to argue.” (Foreword, ‘Independent survey of attitudes to infrastructure in Great Britain’, Copper Consultancy with Icaro in partnership with Peter Brett Associates, 2015)

How should we explain infrastructure?
The National Infrastructure Plan (NIP) could do with a supplementary guide, which is a clear, co-ordinated and accessible story. Currently the NIP reads more like a list of projects and is difficult to navigate in terms of needs, priorities and outcomes. The story might only require three chapters:

The principles of wider project benefits should also be referenced. Developers do not always share these from the outset which can lead communities to dwell on the negatives of construction and fear the worst.  The reality is that there is often much to celebrate around projects such as a new train station, an innovative housing development and a cleaner river.

Developers, therefore, should be encouraged to discuss project benefits, mitigation and community gain ideas with host communities during the planning phase. There are many reasons why historically this has not been encouraged, yet the fact is people want to know what is in it for them. In our work we find that hosting infrastructure rarely features on a community’s wish-list, but as a project unfolds, opinion can change dramatically for the better.

Lord Adonis said: “We need to broaden out this debate and establish a compelling case within the minds of the public of the need for and benefits of infrastructure investment.”(Foreword, ‘Independent survey of attitudes to infrastructure in Great Britain’, Copper Consultancy with Icaro in partnership with Peter Brett Associates, 2015)

Throughout the study people were very clear as to their priorities and there are four clear actions arising for Government and industry:

The British public is keen and willing to press on.