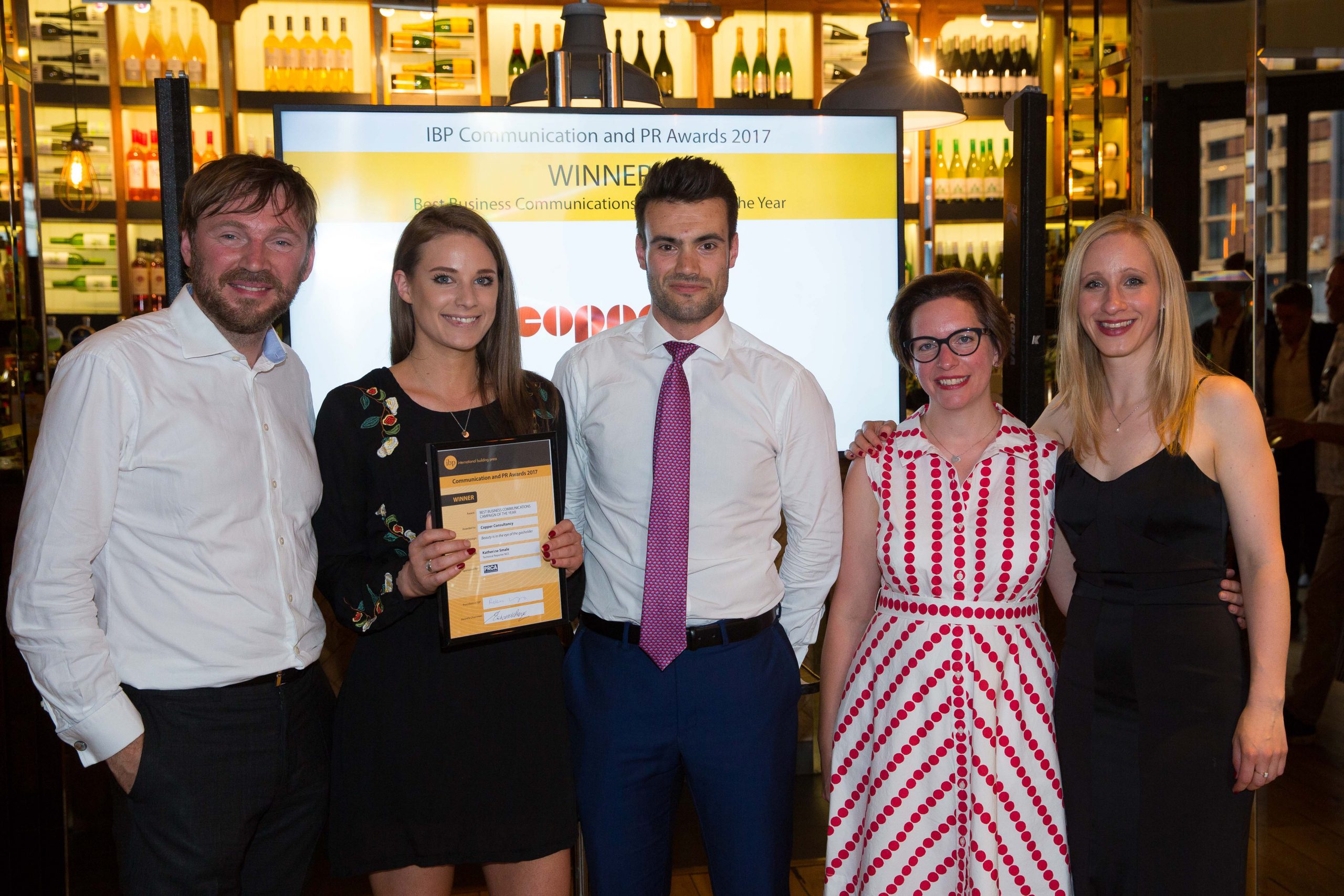 It’s a hat-trick of awards for Copper.

The award follows our Chartered Institute of Public Relations’ inaugural Excellence Award for best Construction, Property or Infrastructure Campaign in June and a highly commended in NGP’s internal awards programme.

Copper’s unique approach to infrastructure comms was a key factor in the win, with judges singling out our ‘wider objective of improving the way infrastructure projects are communicated’.

Managing Director at Copper, Linda Taylor said it was great that our passion shone through in the judges’ citation.

“Copper is leading the debate on improving narratives for infrastructure projects and using that to improve certainty for schemes which have the power to deliver such social value. That was as satisfying as the award itself,” she said

Copper’s campaign centred around the dismantling of a gasholder in the centre of Bury St Edmunds and tapped into the local community’s emotional connection to the site to help pave the way for much needed new development.

Among other traditional communications activities, the campaign featured a heritage day, a booklet of written memories and stills and a film linked to a media relations campaign.

The result was a community which understood the need for the project and was willing to look to the future. The campaign was praised by the community and is now being used as an example of best practice by NGP for similar land projects.