The ‘devolution revolution’ for West of England? 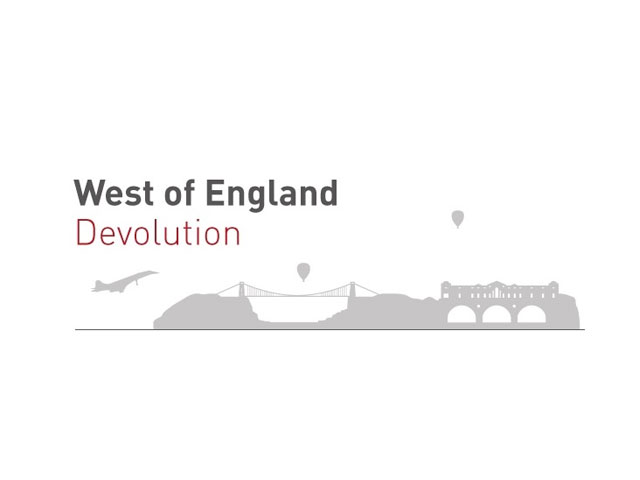 Copper’s Ben Draper delves into the ‘devolution revolution’ in the West of England and what it may mean for infrastructure.

During his Budget speech in March 2016, the then-Chancellor George Osborne declared that ‘the devolution revolution is taking hold’. He had just announced a devolution offer to, amongst others, the West of England region, encompassing the group of Councils of South Gloucestershire, Bath & North East Somerset, Bristol City and North Somerset. This offer included around £1bn of central government investment into the region for the next 30 years, as well as powers over skills and training provision, strategic planning, transport, housing and business rates.

The catch? All participating authorities would be required to join a Mayoral Combined Authority (MCA) and accept a directly-elected ‘Metro Mayor’ to be part of this devolution revolution.

This proposal was not universally welcomed by these authorities, coming only days after Bath and North East Somerset had decisively rejected proposals for its own borough-wide mayor. The idea also received a cool reception at North Somerset Council where many feared the area would see little of the new funding on offer when competing with nearby Bath and Bristol. As a result, North Somerset Council voted not to join the devolution bid by a large margin, choosing instead to observe the process from the side-lines.

The proposed timeframes are tight. The elections for the first West of England Mayor will be in March 2017, alongside other existing local elections. Given that the initial proposals were adopted by the three remaining authorities in June of this year and issued for a six week consultation in July, this leaves little time to now formulate the finer details required for such an undertaking.

The most likely structure of the combined authority is distinctly slim-lined. Four members would sit on the MCA Cabinet, featuring the Leader or Mayor of the three composite parts and the Metro Mayor. Early discussions suggest a degree of job-sharing between existing local authority officers and those of the new MCA, with its policymaking remit also requiring delicate integration with existing Council powers. This remit would notably feature the ability to create MCA-wide strategy documents, in order to identify need in its relevant policy areas and make or advise upon spending decisions. The ability of the MCA to make certain large-scale infrastructure decisions itself is also under discussion.

Of course, the plan will also have to appeal to the public as well to have any real legitimacy. The consultation that closed earlier this month (August 2016) raised many issues and questions that will need to be resolved. Local memories of the long-defunct County of Avon have helped to amplify these reservations. Many respondents pointed out the flaws in a democratic system where a Mayoral candidate seeking votes at election-time might court the dense collection of voters in Bristol with appealing funding pledges, whilst neglecting the interests of the lesser-populated surrounding areas. Others expressed a more general reluctance for another layer of bureaucracy, especially coming so soon after the apparent removal of a different layer in the decision to leave the European Union.

As with many local consultations though, the project is perhaps most threatened by apathy. While the consultation had around 2,000 respondents, none of the three local authorities saw more than 0.25% of its population take part. Of this tiny sample, around 55% agreed that an MCA ‘would benefit the West of England Region’, whereas 43% either disagreed or didn’t know. This lukewarm endorsement, along with slim timescales and a considerable amount of detail still to be established, will mean that this project has some way to go yet before being finally ratified by its member Councils.

For this project to fail would be to miss a profound opportunity to change the way we live. We can do this through improved infrastructure in a way which involves people in the region when developing a vision.

At Copper, our ‘Attitudes to infrastructure’ research has clearly shown that while many British people desire world-leading infrastructure, they feel it happens ‘to them’, not ‘for them’. Much of this results from a lack of a coherent communications strategy and narrative about what infrastructure is needed, why it is needed, and the benefits it could bring to local communities. The West of England MCA is a chance for this region’s residents and businesses to create a sense of shared purpose for its infrastructure provisions, and to reap the numerous benefits that could result.

This is one revolution we could really do with.