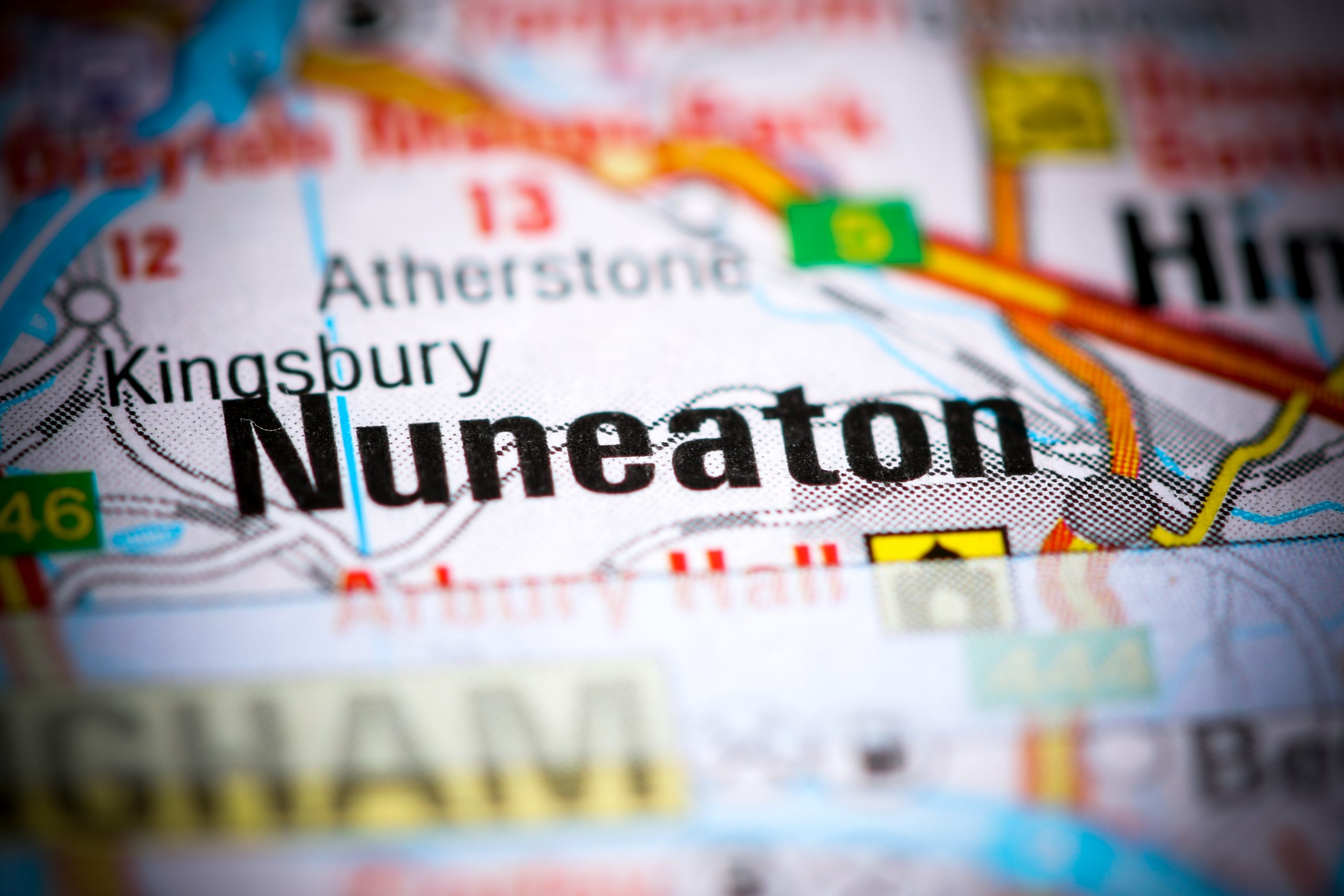 Read the latest in our series of blogs looking ahead to the upcoming May local elections, as Senior Account Executive Billy Holmes reviews the battle in Nuneaton.

Elections for Nuneaton and Bedworth Borough Council will take place on Thursday (5 May 2022), giving residents the power to decide who will represent them and deliver local services.

Given this borough’s recent political history, voters in these market towns and surrounding villages are uniquely positioned to make their voices heard at a national level, should they rebel.

Before boundary changes in 2002, the council had 45 seats and was dominated by the Labour Party: they held between 35 and 41 of these seats between 1998 and 2000 (Tony Blair’s first premiership)

Since then, the Council has swung with the national mood of the country. Labour remained the majority party until 2008 when the Conservatives gained an additional three seats – bringing them up to 18 – and the British National Party made a surprise appearance.

Voters then swung back to Labour in 2010, which continued to dominate elections in 2012, 2014 and 2016, exactly seven weeks before 66% of residents voted to leave the EU. In the wake of this result, it should come as little surprise that Labour lost eight seats in 2018. However, they still remained the majority party until last year, when their share of the vote collapsed. Labour ended up with just 20.6% of the vote and lost 10 councillors. The Conservatives, on the other hand, received 70.6% and gained 8, leaving them with 24 seats to Labour’s seven. 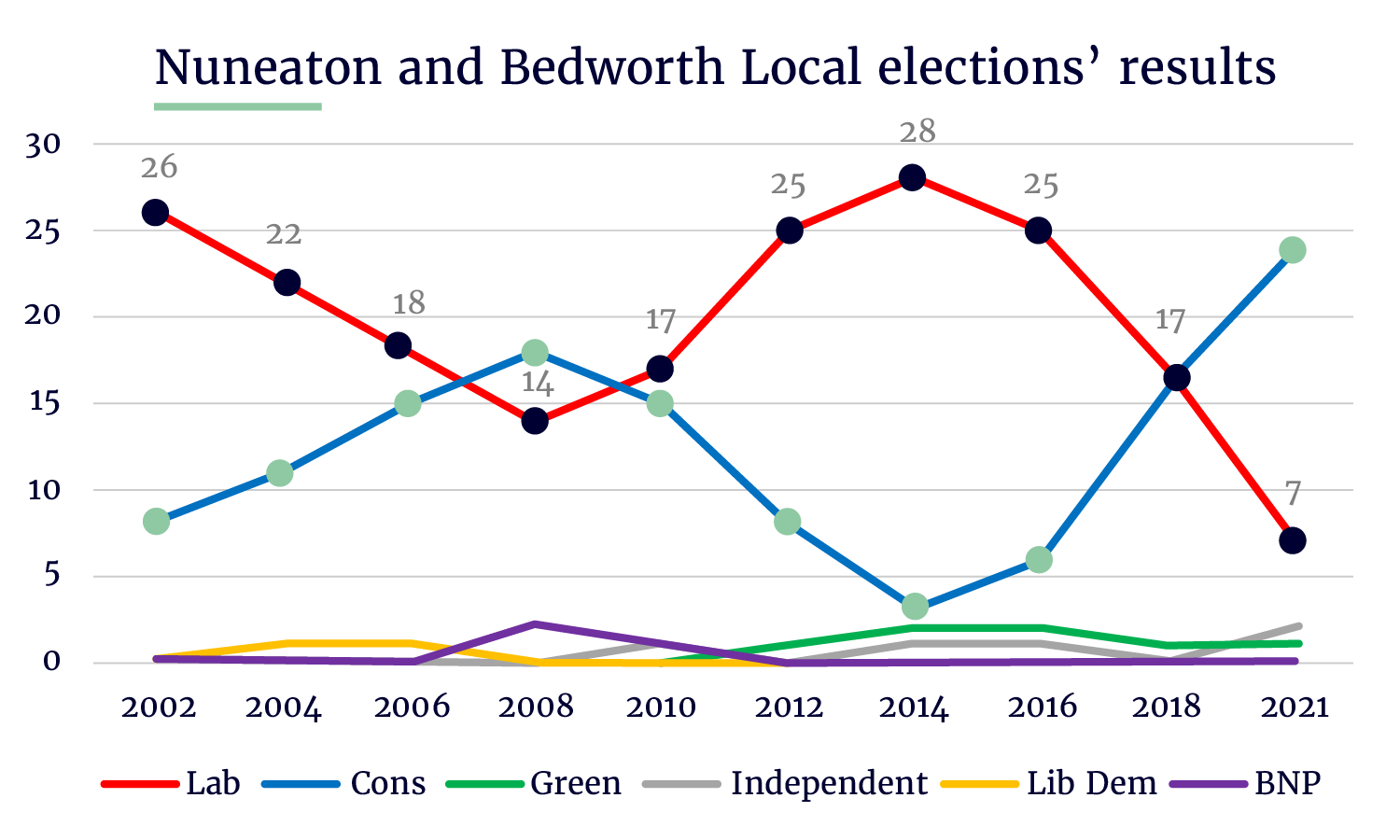 Although all three of the borough’s local MPs are Conservatives – and two have been in office since 2010 – only a year has passed since Conservative councillors received the lion’s share of the votes (and seats) there. Nationally, the party continues to be rocked by a series of scandals.

Given there has been very little change in turnout over the past few years, voters have shown themselves to be highly changeable. With Labour and the Conservatives standing candidates in all 17 wards, alongside 15 Green Party candidates and 5 Independents, each will be hotly contested. Half of the council’s seats are up for grabs next Thursday.

A significant swing away from the Conservative Party here would be a damning indictment of the Government that they would do well to take seriously.

With more fines reportedly on their way to No. 10, Conservative councillors across the country have been attempting to distance themselves from the national party. There’s a lot at stake in Nuneaton and Bedworth. It’ll be interesting to see how local councillors deal with voters’ questions on ‘party gate’ and the cost-of-living crisis on the doorstep.

Will residents punish local councillors at the ballot box for their national counterparts’ behaviour or allow them another couple of years to show what they can do now they are the majority party?

If previous elections are anything to go by, with the national mood in the country swinging towards Labour, this is going to be a key battleground. If Keir Starmer wants to become Prime Minister in two years’ time, this is exactly the part of middle England that he has to win back. Will he?