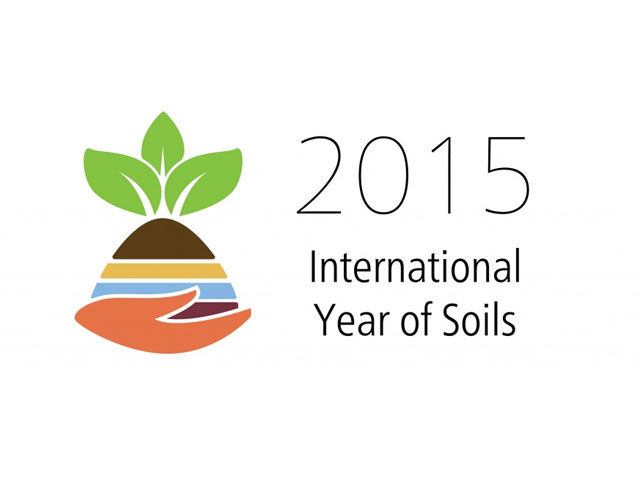 In honour of ‘International Year of Soils’, Copper’s Rosie Iron talks dirt, taking a closer look at what common-or-garden mud does for us…

Soil, mud, dirt…not many of us take time out of our day to think about it. Staining shirts and ruining carpets, it can be just plain inconvenient. But, there is a lot more to the earth beneath our feet than meets the eye…

To raise soil’s profile, the UN General Assembly has declared 2015 as International Year of Soils. In keeping with this, I wanted to write a blog to celebrate this precious resource and highlight why we should love mud.

1. First things first: it is our foundation

One of the most obvious benefits, or ‘ecosystem services’, we gain from soil is agriculture. Providing crops with nutrients, water and stability, soil is the foundation of our food chain. With corn, wheat and cotton being among the top commodities traded on the global market,[1] it is the basis upon which significant sections of our economy are built. Additionally, the structural integrity of our buildings and roads depend on soil structure and composition.

For centuries we have exploited soil for the benefit of growing food. Only recently have we started to understand the importance of soil ‘health’ and how it might impact our food system. Deforestation, overgrazing and overuse of land for crops all lead to soil degradation. Degraded soils are less fertile, leading to lower crop yields. In the UK, this may not affect the day to day lives of many of us. But for farmers, particularly smallholder farmers, soil health can be the difference between thriving and surviving. Problems are particularly acute in arid and semi-arid areas. In sub-Saharan Africa, for example, it has been estimated that 65% of soils are degraded, contributing to an economic loss of £43bn.[2] Land competition, population growth, diet trends and climate change are all putting demands on agricultural land and the people who manage them. With the threat that land degradation poses to food security, it has never been more pressing to address soil health.

3. Its way with water

Soil stores, filters and distributes water. Water is stored in air pockets, or pores, within the soil. Plants extract water from these pores, providing a great pathway for the uptake of nutrients. The extent to which water can be retained depends on soil type. Again, soil health is important, and poor soils can exacerbate both drought and flooding. A ‘healthier’ soil is better at holding water for plants to extract, also helping to attenuate flooding. As water moves through a soil’s profile, biological processes break down certain pollutants, providing naturally filtered drinking water for billions of people.

Human activities since the 1850s have caused a significant increase in atmospheric carbon dioxide levels, contributing towards global warming. Soil plays a crucial role in the carbon cycle, containing 80% of terrestrial carbon, and over twice as much as that found in the atmosphere[3]. Soil’s ability to take in and store carbon long-term has been proposed as a method for reducing CO2 in the atmosphere.[4] However, the extent to which soil acts as a carbon ‘source’ or ‘sink’ is influenced by climate, vegetation input and land management. Deforestation and crop cultivation cause soil organic carbon to be lost. To combat this, research is investigating agricultural techniques that promote carbon storage, which could also have the potential to improve crop productivity.[5]

5. It is non-renewable and it is disappearing…

The uppermost layer of the soil profile is known as topsoil. This thin layer is a vital but fragile component of our planet’s ecosystems and is where a lot of biological activity occurs. Deforestation, erosion and land use change can all cause topsoil to be lost. It has been reported that half of the plant’s topsoil has been lost in the last 150 years.[6] Conversely, it takes more than 500 years for one inch of topsoil to be formed,[7] making it ever more important for us to find effective conservation techniques.

Soil provides us with services that allow us to eat, drink and breathe. It is alive, it respires and it photosynthesises. It is hugely diverse, differing not only between climates, but also between areas of the same field.  It is finite and non-renewable. It is our most undervalued natural resource.

Let’s get people talking about it. You can follow discussions and events for the International Year of Soils via Twitter using #IYS15. This great infographic describes what the Food and Agriculture Organisation (FAO) hopes to achieve from this year of soil celebration. Follow @cgiarclimate to get the latest on agriculture and climate change news, and find out how the Soil Association is campaigning for sustainable food systems.

So, spread the word, discuss dirt and fall in love with soil. 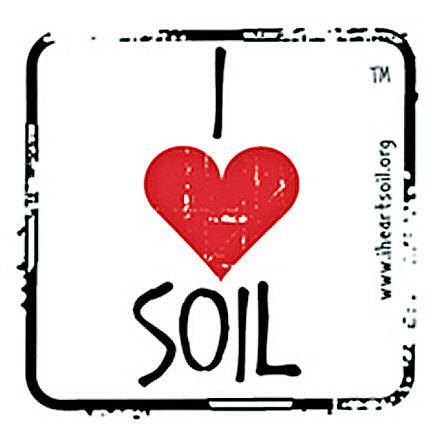