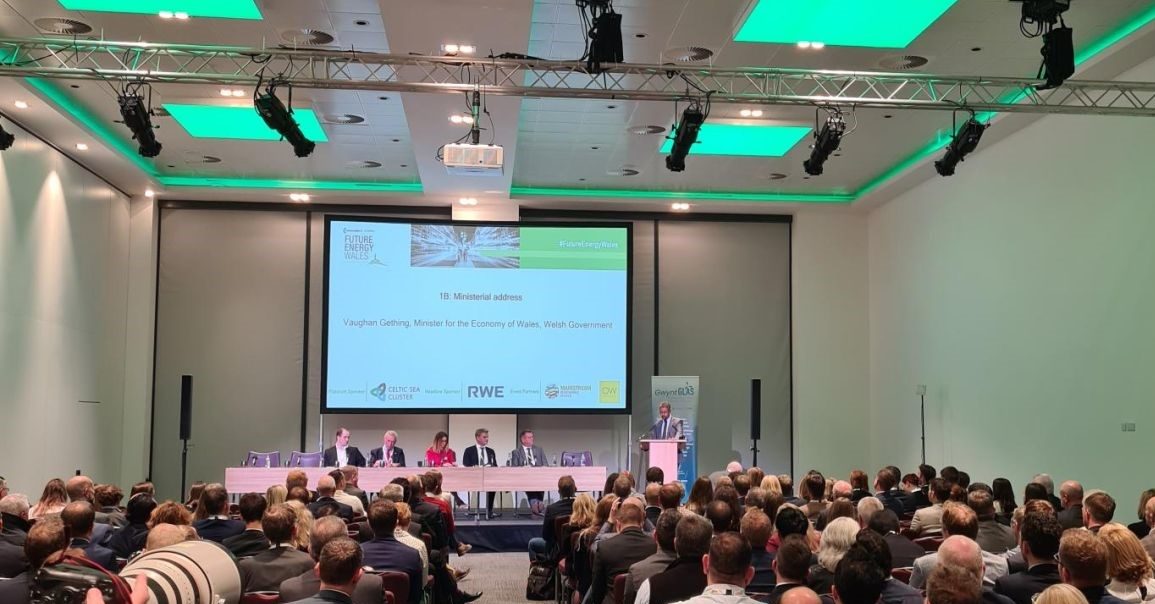 Future Energy Wales 2022 was bustling, buzzing and brimming with optimism.

A renewed focus on the Celtic Sea auction was the main story in town. But it was more than that. Wales has a huge role to play in shaping a future around its natural resources, tapping into its industrial talent, and working together on a critical purpose – generating clean energy and reaching net zero.

As we know, net zero is not easy. There are billions of pounds of investment waiting to go into Wales, political will and (almost) all the right policies. The planning process is in place too.

There are six themes which came up at Future Energy Wales:

Future Energy Wales demonstrated the commitment, intelligence and latent investment ready to go into Wales’ renewables market. As one delegate said, aside from Wales not delivering on this opportunity, the biggest failure would be for turbines to be shipped into Wales without any content created domestically.