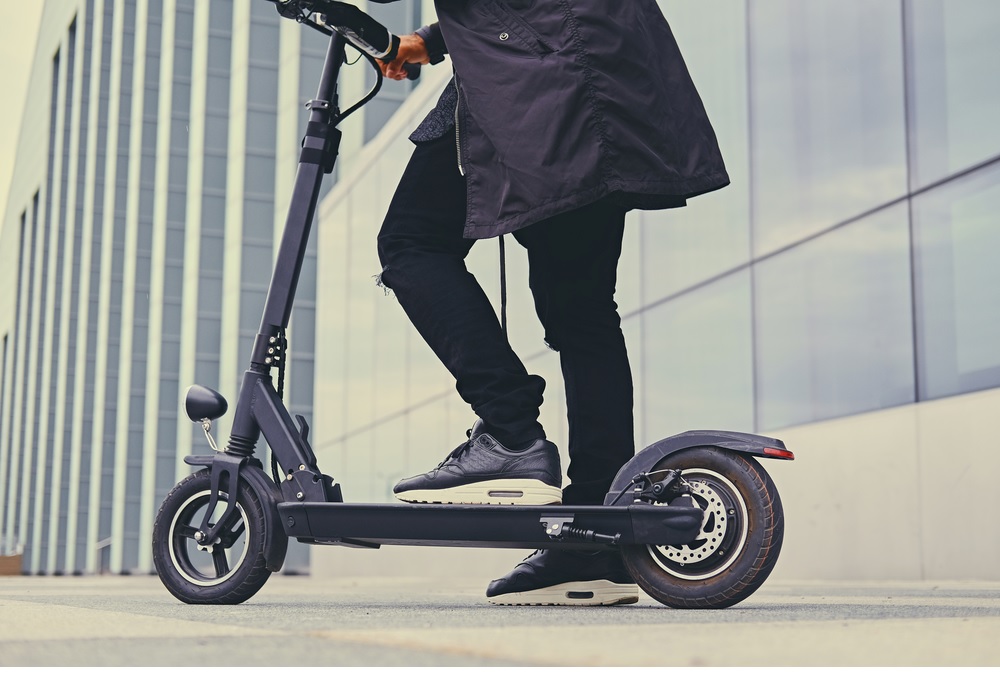 Those travelling through London’s Olympic Park may have spotted the start of a personal transport revolution in the UK.

Earlier this month, San Francisco-based company Bird launched a trial of shared electric scooters. Similar to bike-sharing schemes from Ofo, Mobikes or YoBike, users can unlock the scooters with an app, pay a small fee per minute of use and lock it back up when they’re done. Bird is the first scooter company to trial their service in the UK, with US cities like San Francisco and California already adopting scooter transportation.

Electric scooters offer a tempting proposition for infrastructure developers. Best suiting journeys of less than 2km, they can alleviate pressure on ‘first/last mile’ problems, where commuters drive to a local train station or order taxis for these short distance journeys. Scooters don’t produce excess air pollution or contribute to traffic issues; if adopted by the wider public they could make a significant difference to how we experience our cities and towns.

However, Bird is tackling an archaic law that threatens to flatten this promise. According to the Highways Act from 1835 (yes, an almost 200-year-old law):

“If any person shall willfully ride upon any footpath or causeway by the side of any road made or set apart for the use or accommodation of foot passengers; or shall willfully lead or drive any horse, ass, sheep, mule, swine, or cattle or carriage of any description, or any truck or sledge, upon any such footpath or causeway; or shall tether any horse, ass, mule, swine, or cattle, on any highway, so as to suffer or permit the tethered animal to be thereon.”

As electric scooters count as a ‘carriage’, they are currently illegal on UK cycle paths, pedestrian zones or other public rights of way. In addition, being classified as a kind of moped, they would require full registration for legal use on UK roads, but very few are able to reach 15 mph, the maximum top speed for non-pedal-powered vehicles.

These challenges may lead to urban planners shrugging off electric scooter transport as a passing fad that cannot become a mainstream option for their customers. I would argue that this is misguided.

Firstly, the restrictions placed on electric scooter use by the Highways Act of 1835 cannot reasonably stand for long. Call me naïve, but a 200-year-old law dictating modern day transport innovation will lead to a severe backlash from both private companies and the general public. As more transport companies fall foul of this legislation, the pressure to revise the definition of ‘carriage’ will surely grow.

Secondly, the public is quickly adapting to new technologies that are transforming personal transport. Halfords called 2017 ‘The year of the ebike’ after sales of electric bicycles rose by 220% at the retailers. Alongside the increasing growth of electric vehicles, there’s an appetite for alternative, eco-friendly and flexible forms of transport from customers using UK transport routes. Scooters offer a cheaper and arguably more convenient alternative to electric bikes, especially for those shorter journeys.

Given these factors, it is imperative that infrastructure developers recognise the growing need to accommodate more kinds of journeys on their public rights of way. This should be seen as a major opportunity for city planners. My own town of Bristol is constantly looking for new ways to persuade short-journey commuters to move away from their cars and onto other personal transport options. The accessibility of scooters could offer another route to solving this problem.

Electric scooters are far from a staple of our streets, but developers should read the signs and start signalling to the public, and their customers, that they’re preparing for this future. Committing to better non-road infrastructure, engaging with commuters on how they want to transport themselves in the future and joining the national scooter debate are excellent starting points.