Whilst on work experience with Copper, Katie Pollard attended the Bristol International Balloon Fiesta and witnessed a world’s first…

On 7 August we were fortunate enough to attend the 2015 Business West ‘Business Breakfast’ at the 37th Bristol International Balloon Fiesta. The 6am start was instantly rewarded by the spectacular sight of 103 colourful balloons ascending into the beautiful blue morning sky.

Of the huge variety of balloon designs (ranging from a Minion to a pair of penguins!) the most interesting and innovative aircraft was certainly the world’s first solar-powered hot air balloon certified to carry passengers [pictured below].  It has been constructed by Bristol-based Cameron Balloons and funded by Bristol 2015 to honour Bristol’s year as the European Green Capital. It was particularly exciting that this was the balloon’s world debut.

In addition to keeping spectators warm, the bright morning sunshine had a more important role as it heated the air inside of the balloon. The balloon is made of three different materials: a black section which absorbs heat, a silver section which reflects it, and an insulating double skin which reduces conduction losses. The balloon is controlled by rotating it into and out of the sun.

The solar balloon is a hybrid aircraft as, in order to obtain a certificate of airworthiness, it requires an alternative power source. The pilot occasionally had to use the propane burner during the flight when it was blocked from the sunlight by other balloons, but once high in the sky, the vents were opened and closed to turn the balloon into and out of the sunshine to control its flight.

Event director Clive Bailey confirmed that the balloon used just five litres of fuel for the 25-minute flight, less than a tenth of the amount that would have been required by a normal fuel-powered balloon, making it far more energy efficient than its fellow flyers.

Therefore, although the solar balloon may not have been the most eye-catching, with the capacity to stay in the air for much longer, it could perhaps be a glimpse into the future of hot air ballooning. 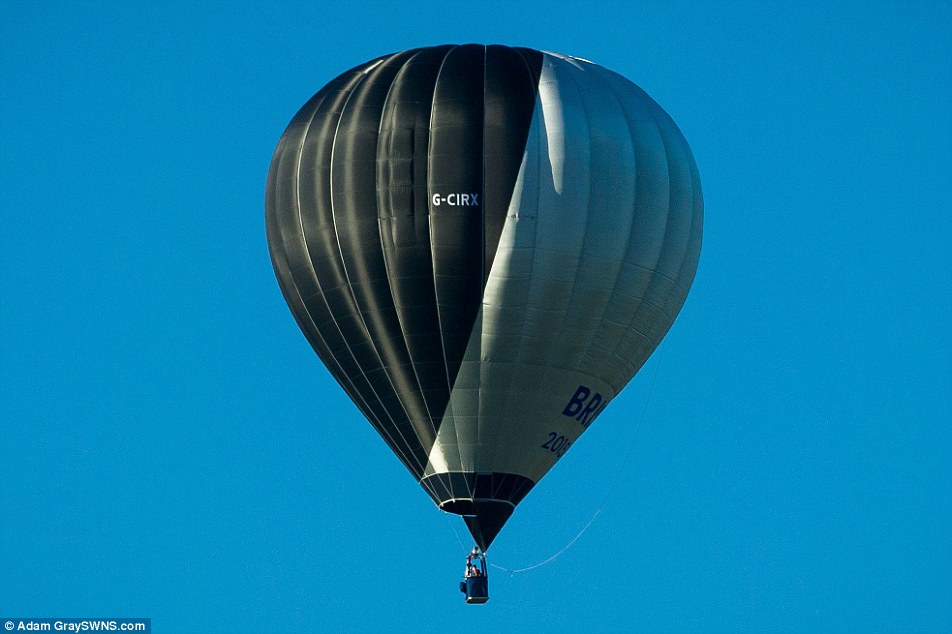