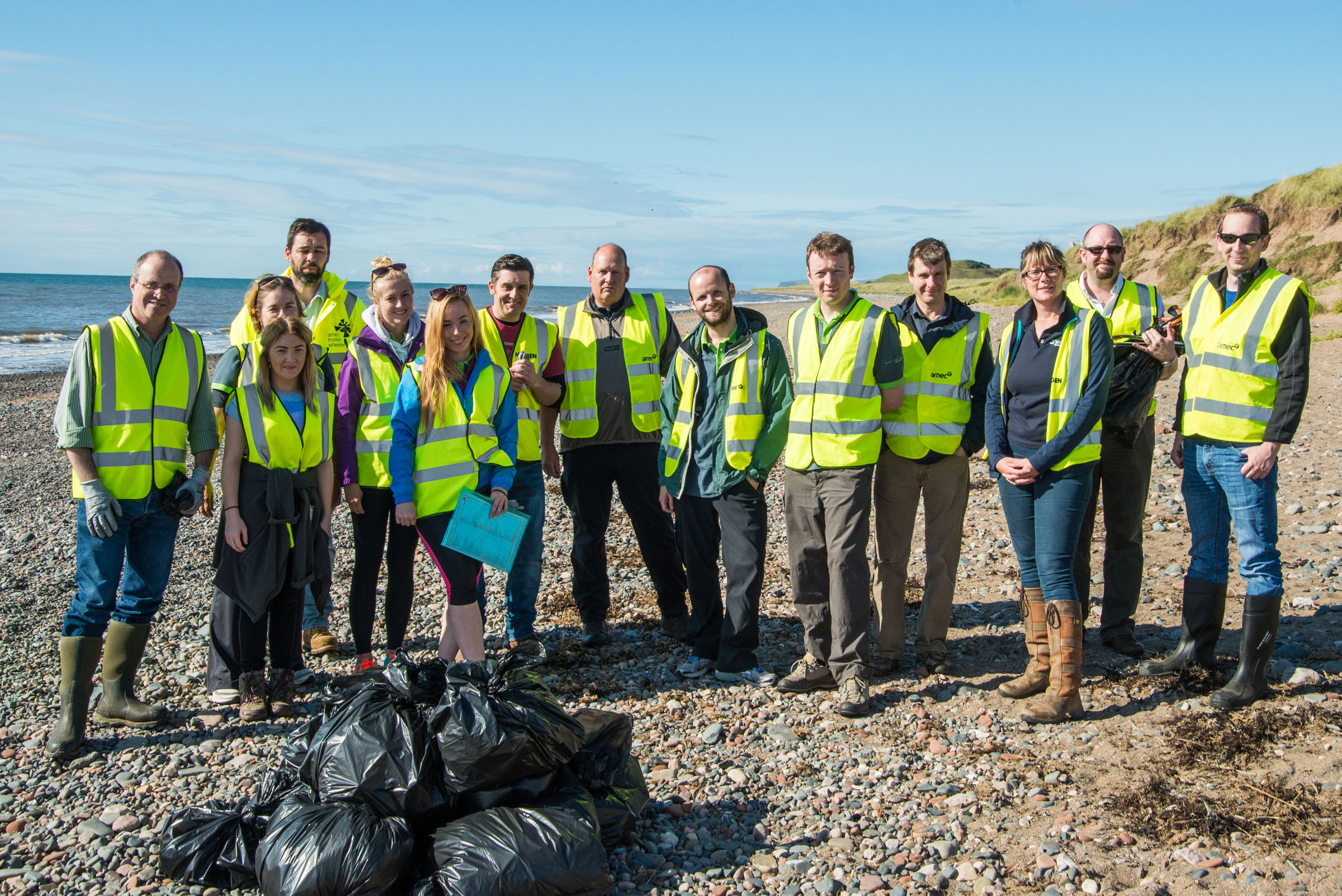 Myrtle the turtle inspired Copper’s North team to join local school children and volunteers from NuGen and AMEC Foster Wheeler to help clean up rubbish from Seascale beach in Cumbria this week.

The 1.5-metre leatherback turtle was spotted near the coast during marine surveys for NuGen’s proposed new Moorside nuclear power station nearby.

The turtle – nicknamed “Myrtle” – is a rare visitor to UK shores and is more commonly found in warmer tropical and sub-tropical oceans.

NuGen’s Head of Environment, Paula Madill, said: “It’s absolutely thrilling to have seen Myrtle – we’ve seen many of the species we expected to find, a few we didn’t and others have been rather elusive – but this rare and beautiful creature has been a real highlight for me, and the team carrying out the assessment work.”

The turtles feed on jellyfish and follow them across the world before returning to the tropics to breed. This animal’s diet can mean that they mistake floating litter and ocean debris as food and eat it, which makes them ill – often killing them.

The volunteers filled bin bags with plastic, foam, wire, bits of rope, cans, bottles and other rubbish found on the beach, and the children recorded the finds on tick-sheets to help build up a picture of what gets washed ashore.

Copper is working with NuGen on public consultation around the power station plans, and regional director Ross Hayman said the team was delighted to get involved.

“Cumbria has a beautiful coastline that’s rich in wildlife, and we want to help keep it that way,” he said. “Every little bit of rubbish you pick up is one less item that could harm a sea bird, or a turtle like Myrtle. The Seascale primary school children helped us pick up lots of rubbish and learned about protecting the environment at the same time, and it was great to get out in the sunshine!”