A budget of many announcements, but few surprises 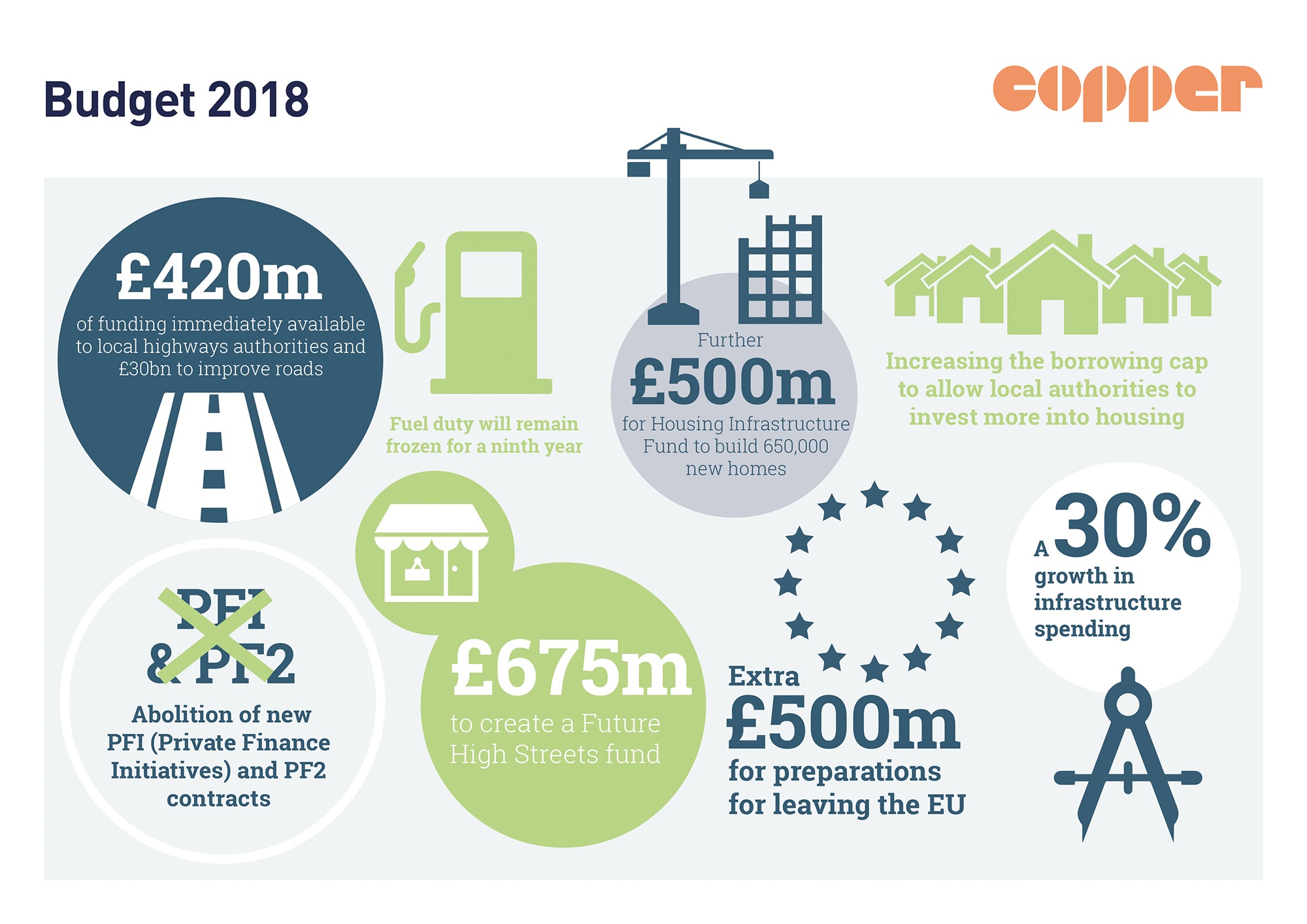 As the Chancellor delivered his final budget before Brexit, Ben Heatley discusses which, if any, shocks it held in store for the infrastructure and development sectors.

After a busy weekend of media engagements for the Chancellor, this year’s red box contained few announcements which haven’t already appeared in print. As a result, Phillip Hammond’s speech was light on surprises.

The Government also had very little room for manoeuvre. They are clearly constrained by Parliamentary arithmetic and as a result this was never going to be a budget for taking courageous decisions.

Finally, the Government is constrained because money is still tight and Brexit looms large. Spreadsheet Phil isn’t the kind of Chancellor for grandstanding gestures, and he wants to leave a legacy of public coffers that are in a better shape than when he inherited them. Austerity may be nearly over – but only within reason and while adhering to strictly common sense economics. Let’s not get too excited.

That said, the Chancellor did raise some eyebrows with the number of spending initiatives that the Government is seemingly committing to, many of which focus on improving access to the housing market, while pump priming investment into infrastructure and reinvigorating the high street.

Nearly £30bn is being pumped into road improvements and a further £420m to tackle potholes and traffic hotspots. Over £650m will go towards tackling the challenging conditions on the high street, while a further £500m has been set aside for the Housing Infrastructure Fund to build 650,000 new homes. The borrowing cap on local authorities has also been increased to enable them to invest more into social housing.

The two surprises in the budget came in the shape of a 2% Digital Services tax, which is designed to claw back some of the profits made by global digital commerce giants, whilst being seen to back the British high street.

Meanwhile, perhaps the biggest change of direction came in the decision to abandon PFI and PF2.

This announcement will leave major infrastructure providers with questions regarding how to fund major projects moving forward and how to achieve the flexibility they require to deliver schemes outside of Government funding cycles. It’s yet to be seen how this will impact projects that are already seeking investment and what the government will introduce in private finance’s place, if anything.

This was a budget which did what we expected it to: few surprises, but where they came in they were technical in nature, relating to funding mechanisms and taxes on digital revenues, rather than delivery of core services or household taxes.

The mood has shifted. Austerity is being rolled back, in favour of limited additional spending, and there is a clear focus on popular, pragmatic, local issues.

It’s unlikely that anyone in the infrastructure or property worlds will be celebrating wildly, but that wasn’t really the point of this budget anyway.